One Hundred Years of Sharing Jesus with Neighbors Near and Far 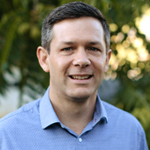 This year marks 100 years of Virginia Mennonite Missions helping the church share Jesus with neighbors near and far. How did it all get started? What has God done through our work? Where might God be leading in the future?

In the late 1800s, Mennonites in the Shenandoah Valley awakened to Christ’s call to share the gospel with their neighbors in the highlands of Virginia and West Virginia. Evangelists traveled 50 miles and more by horseback to spread the message of new life in Jesus Christ. In October of 1919, the leaders of Virginia Mennonite Conference agreed to organize a mission board to coordinate and guide this work. Thus was born Virginia Mennonite Board of Missions and Charities (often referred to simply as “the mission board”), now known as Virginia Mennonite Missions, or VMMissions. 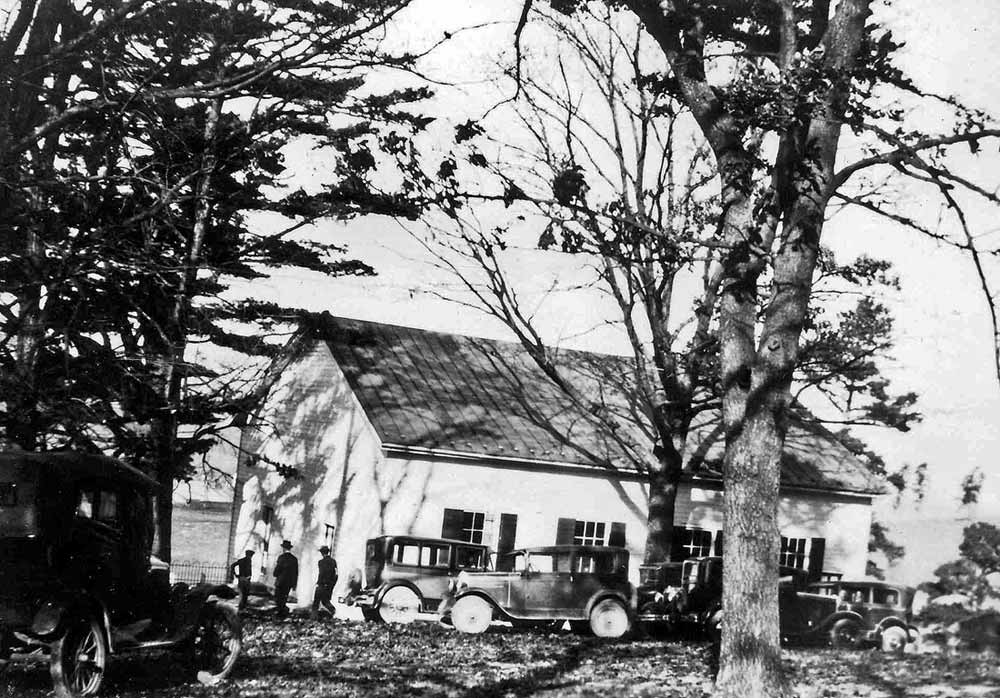 Mission often followed migration in the early days. As Mennonites moved to new areas in search of land and opportunity, they established churches. Yet they were not content to keep the gospel message to themselves. For example, it was the small congregation of transplanted Mennonites in Concord, Tennessee, that saw the need to begin outreach in the nearby city of Knoxville. That became the first project taken on by the newly organized mission board. Soon, ministry began in other urban areas like Washington, DC, and Newport News, Virginia, as well as rural areas like Harman, West Virginia, and Relief, Kentucky.

The early mission workers aimed to establish self-sustaining churches. Their integrated witness to the gospel included both evangelism through Sunday schools and tent meetings, as well as social outreach through educating children or visiting prisoners. Like the Apostle Paul, they sustained their ministry through both gainful employment and the support of generous churches and donors.

Within a few decades, VMMissions extended its ministry beyond the borders of the United States, first to Italy in 1949, and later to Jamaica in 1955 and Trinidad and Tobago in 1969. Again, mission workers focused on establishing local Christian communities as they trained national leaders. Over time, autonomous conferences of churches developed in each of those countries. They continue as vital partners with VMMissions today. 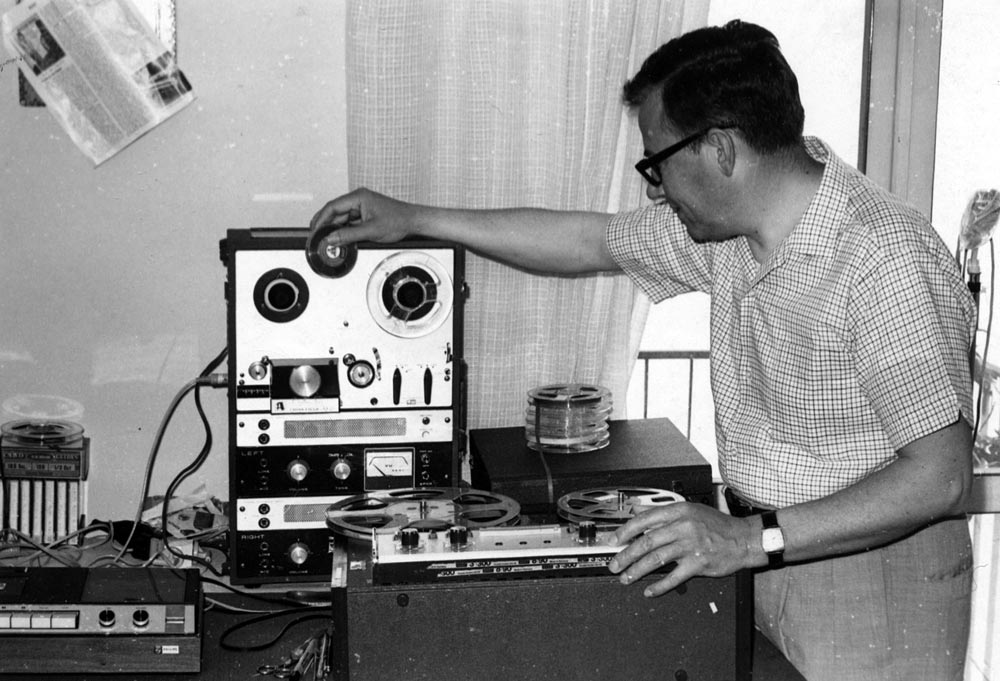 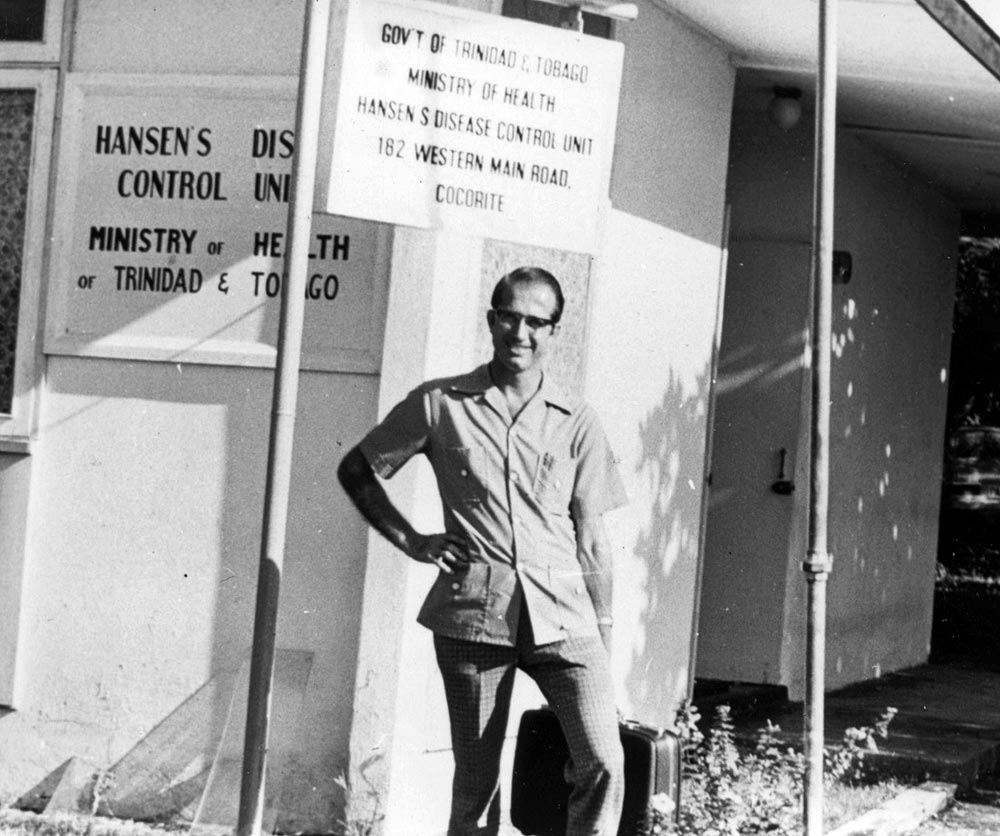 Bearing witness to Christ has not been without challenges. Not every mission endeavor proved fruitful in the long run. People did not always respond, and foreign countries sometimes denied entry to mission workers. Other workers faced opposition when they refused to compromise their distinctly Anabaptist convictions. Still others wrestled to discern the difference between gospel essentials and their own human traditions.

In recent years, VMMissions has been particularly attentive to open doors in areas where Christian presence is minimal. Together with Eastern Mennonite Missions, outreach in Albania began in 1992. Now, a growing church, a Roma children’s ministry and a Christian school are all located in the city of Lezhë, where the team of missionaries includes North Americans, Brazilians, and Albanians. 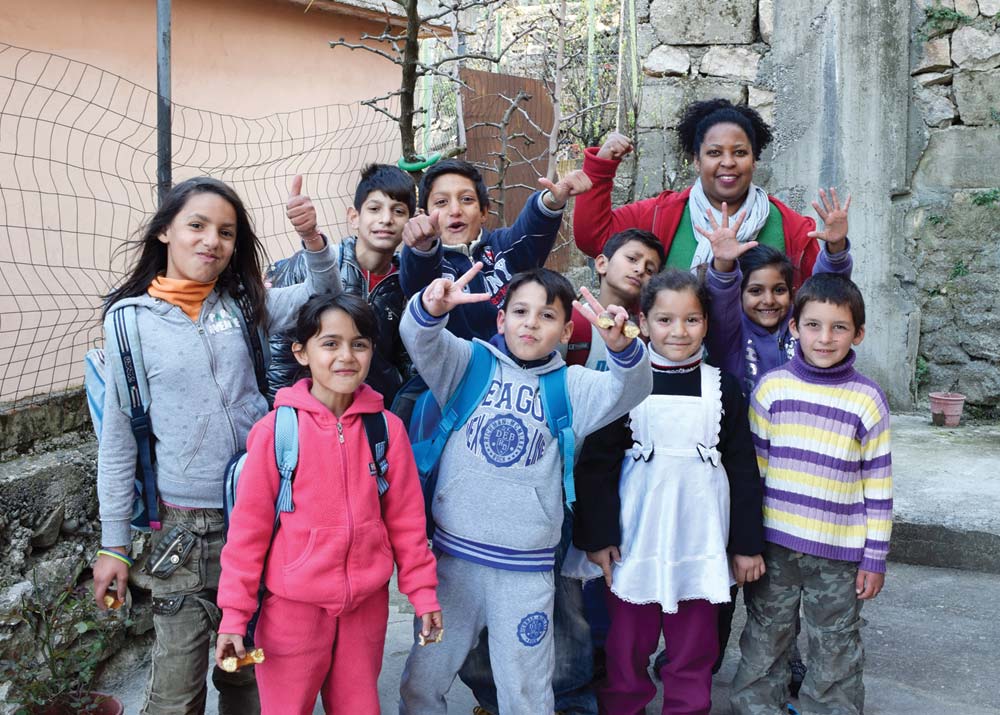 Norma Teles (top right) has served in Lezhë, Albania, since 1999. She is the director of the Joshua Center, an early education center for Roma children. Photo: VMMissions

Partnerships with other members of the global Anabaptist family have allowed VMMissions to undergird outreach to some of the largest pockets of unevangelized people in our world today. This includes ministry in other areas of post-communist Europe, as well as North Africa, the Middle East, and Asia.

Another growing area of focus is fostering discipleship through internships and short-term mission experiences. Over the past 15 years, tranSend has allowed over one hundred people to explore a long-term call to mission through a year or two of mentored ministry. More recently, we’ve worked hard to harness the full potential of short-term missions by completing an accreditation process for our new program, E3 Collective. These teams provide a vehicle for joining local Christians in responding to the global refugee crisis in locations like Jordan, Greece, and Thailand.

Over the past five years, VMMissions has reclaimed God’s call to empower the church’s witness not only to neighbors far away, but to those near at hand. This has resulted in Kids Clubs, prison ministry, college outreach, and a focus on releasing a new generation of church planters, especially in the Latino community. Perhaps these new immigrant churches are a gift from God, bringing fresh hope where many established churches are in decline. 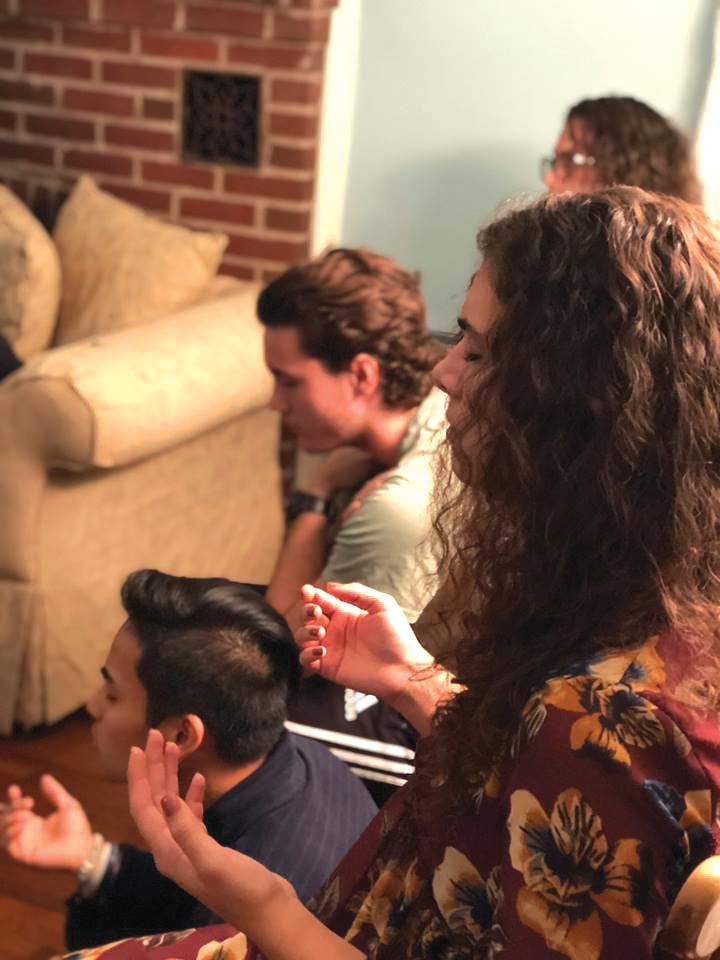 New models of funding mission have also emerged. Tentmakers have become job-creators through establishing businesses with a missional purpose. Relational funding through Ministry Support Teams has expanded the number of missionaries VMMissions can support, while endowments have added stability to long-term mission endeavors.

Regardless of context or means of support, the goal of VMMissions’ work has always been the same: making disciples in the way of Christ. Increasingly, our churches and partners reflect the New Testament vision of a global people of God gathered from every nation, tribe, and tongue. Join us as we follow the Holy Spirit’s lead into a new century of sharing Jesus with neighbors near and far. 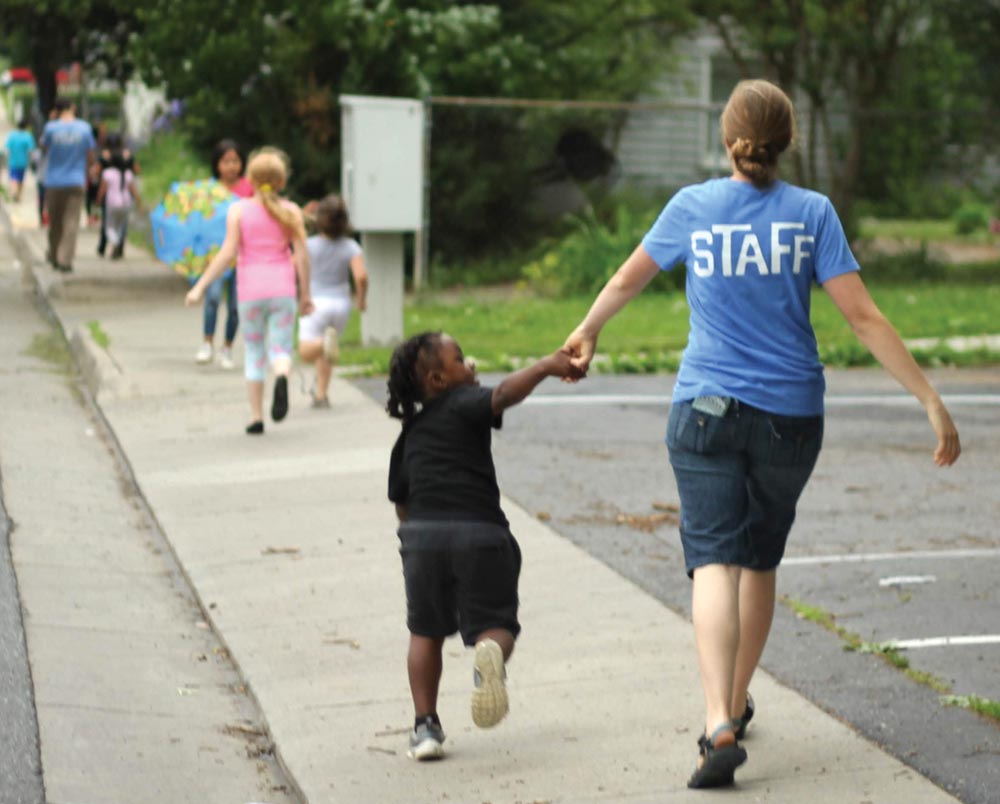 Melody Zimmerman walks with a child at a Harrisonburg, Va., Kids Club. Kids Clubs have reached hundreds of children and families in the Shenandoah Valley. VMMissions photo