Sharing Jesus with Neighbors Near and Far: One Hundred Years of Virginia Mennonite Missions

This year marks 100 years of Virginia Mennonite Missions helping the church share Jesus with neighbors near and far. How did it all get started? What has God done through our work? Where might God be leading in the future? 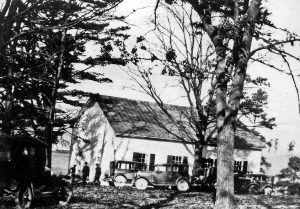 In the late 1800s, Mennonites in the Shenandoah Valley awakened to Christ’s call to share the gospel with their neighbors in the highlands of Virginia and West Virginia. Evangelists traveled 50 miles and more by horseback to spread the message of new life in Jesus Christ. In October of 1919, the leaders of Virginia Mennonite Conference agreed to organize a mission board to coordinate and guide this work. Thus was born Virginia Mennonite Board of Missions and Charities—now Virginia Mennonite Missions, or VMMissions. 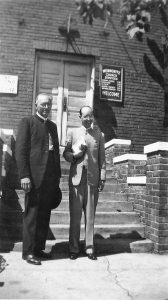 Mission often followed migration in the early days. As Mennonites moved to new areas in search of land and opportunity, they established churches. Yet they were not content to keep the gospel message to themselves.

For example, it was the small congregation of transplanted Mennonites in Concord, Tennessee, that saw the need to begin outreach in the nearby city of Knoxville. That became the first project taken on by the newly organized mission board. Soon, ministry began in other urban areas like Washington, D.C., and Newport News, Virginia, as well as rural areas like Harman, West Virginia, and Lost Creek, Kentucky. 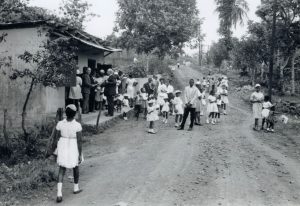 Hearease Mennonite Church (pictured here in 1966) was one of the churches planted in Jamaica through the efforts of VMMissions. Photo: VMC Archives

The early mission workers aimed to establish self-sustaining churches. Their integrated witness to the gospel included both evangelism through Sunday schools and tent meetings, as well as social outreach through educating children or visiting prisoners. Like the Apostle Paul, they sustained their ministry through both gainful employment and the support of generous churches and donors.

Within a few decades, VMMissions extended its ministry beyond the borders of the United States, first to Italy in 1949, and later to Jamaica in 1955 and Trinidad and Tobago in 1969.

Again, mission workers focused on establishing local Christian communities as they trained national leaders, including women like Franca Ceraulo, who became a full-time local worker and deaconess in Palermo, Italy. The workers employed innovative methods of outreach like radio evangelism, while also demonstrating care for the marginalized through Deaf ministry in Jamaica and medical work in Trinidad and Tobago. Over time, autonomous conferences of churches developed in each of those countries. They continue as vital partners with VMMissions today. 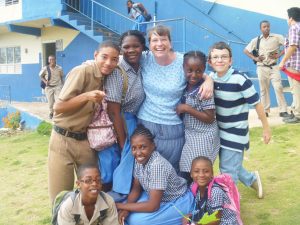 Maranatha School for Deaf students in Jamaica with short-term team member MaryBeth Moore (center), 2013. The school lasted for many years before closing in 2018. Photo: VMMissions

Bearing witness to Christ has not been without challenges. Not every mission endeavor proved fruitful in the long run. People did not always respond, and foreign countries sometimes denied entry to mission workers. Other workers faced opposition when they refused to compromise their distinctly Anabaptist convictions. Rhine Benner, an early evangelist in Job, West Virginia, received death threats and jail time when he discouraged church members from purchasing war bonds during World War I.

Yet cross-cultural witness has also taught us the difference between gospel essentials and our own human traditions. When converts in Jamaica requested baptism by immersion rather than pouring, the usual method among Mennonites, a compromise was reached: those being baptized kneeled in the Kingston harbor while water was poured over their heads. 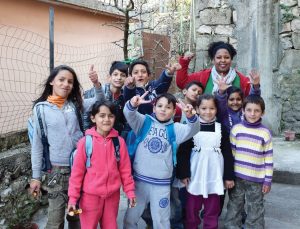 Norma Teles (top right) has served in Lezhë, Albania, since 1999. She is the director of the Joshua Center, an early education center for Roma children. Photo: VMMissions

In recent years, VMMissions has expanded into new areas through mission partnerships with members of the global Anabaptist family and beyond. Together with Eastern Mennonite Missions, outreach in Albania began in 1992. Now, a growing church, a Roma children’s ministry and a Christian school are all located in the city of Lezhë, where the team of missionaries includes North Americans, Brazilians, and Albanians.

That partnership has grown to include work in neighboring Kosovo, where business for transformation (B4T) ventures have emerged as a creative means of blessing the community in the name of Christ.

Over the last decade, VMMissions has also joined church planting efforts under the leadership of local partners in places like Montenegro, Germany and Thailand. And we’ve partnered in sending workers under the auspices of other mission agencies, especially to places where Christian presence is minimal. 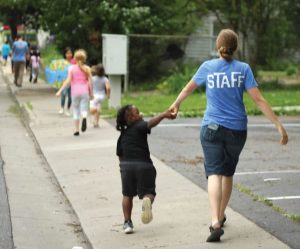 Melody Zimmerman walks with a child at a Harrisonburg, Va., Kids Club. Kids Clubs have reached hundreds of children and families in the Shenandoah Valley. Photo: VMMissions

More recently, VMMissions has reclaimed God’s call to empower the church’s witness not only to neighbors far away, but to those near at hand. Kids Clubs have enabled churches to share the gospel with over 800 children and their families across the Shenandoah Valley. Prison ministry is bringing change to the incarcerated and the churches that befriend them in the name of Christ. College outreach is helping young adults develop a more confident and compelling faith. And leadership training is releasing a new generation of church planters, especially in the Latino community.

The rise of diaspora ministries crosses the boundaries of local and global. Millions of people from the Majority World are voluntarily or forcibly leaving their homes, and they are either open to the gospel or—if they are Christians—they are already taking it with them. We are learning to walk alongside such people on the move, whether they are immigrant church planters in the United States, missionaries from the Global South serving cross-culturally, or refugees in limbo, awaiting God’s provision of a new home. 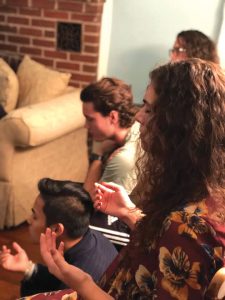 Regardless of context, the goal of VMMissions’ work has always been the same: making disciples in the way of Christ. One hundred years after our founding, we remain committed to joining Jesus as he builds his church among every nation, people, tribe, and tongue.

How is God inviting us to do that today? In the midst of global upheaval, God is bringing the nations to our door and the doors of our international partners, with the opportunity to join God’s harvest in the global diaspora.

In increasingly post-Christian contexts, God is leading us to new and creative expressions of church. In countries
hostile to the gospel, the doors are often open to businesses that bring blessing and kingdom transformation in every area of life. In our current places of ministry, God is raising up a new generation of leaders to plant healthy, multiplying churches in their own contexts and beyond.

Join us as we enter the next century of sharing the good news of Jesus Christ with neighbors near and far.